Think you've got no risk of contracting an STI because your new partner is a virgin? Think again. Though it may seem unlikely, it is possible that someone who says they're a virgin could have an infection in their system that they could pass on to you. Here are 2 big reasons why you should never consider yourself safe from STIs without testing, even if your partner considers themselves a virgin.

The name 'sexual transmitted infection' implies just that -- sexual transmission. However, many of these infections can be transmitted by other means too. For example, infections like oral herpes can be transmitted through something as simple as an infected mother kissing her child while she has a cold sore. Pubic lice (crabs), also commonly sexually transmitted, can be contracted by using the same damp towel as someone who has them. Likewise, even if your partner is a virgin, they may have contracted HIV from their mother (through birth or breastfeeding), from intravenous drug use, or from being tattooed or pierced with a used needle. All these illnesses can then be transmitted to you through sexual contact.

While your partner may say they're a virgin, different people have different definitions of the word. For example, many people do not count oral sex as "real sex", but STIs can still be transmitted this way. Someone women will use the 'virgin' label even if they've had anal sex, which is another way to contract an STI. Even when it comes to vaginal sex, it's not uncommon for people to discard brief experiences they've had because they're "too short to count". In other cases, people are worried about being judged based on their sexual history, or they have a negative perception of their own experiences. This can lead them to omit facts from their sexual history, whether they intend to be deceptive or not. Sexual communication can be unclear at the best of times, so it's important that you don't take everything a new partner says at face value. Don't be afraid to respectfully question them about what they mean by 'virgin'.

So, even if your current partner says they're a virgin, it's always a good idea to protect yourself by using condoms or other latex barriers. When you and your partner feel comfortable, you should both contact a sexual health clinic to get tested for sexually transmittable illnesses. If your test results both come back clear, it will be relatively safe for you to discontinue using latex protection, though you should still use birth control if you're not ready for children. Remember that you and your partner will need to be retested if either of you have a sexual partnership with someone new during the course of your relationship. 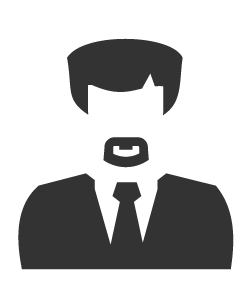 I've had sciatica for five years, and I started this blog to share my personal account of living with this condition and connect with others who are living with chronic sciatic pain. I post about the traditional and alternative treatments I've tried, including osteopathy, physiotherapy and transcutaneous nerve stimulation, and the lifestyle changes I've made as I attempt to improve my quality of life and gain some relief from sciatic pain. I also post details of new treatment options becoming available for sciatica and accept guest post submissions on related topics. I hope you find my blog interesting and informative.

Read in about 3 Minutes